In 2015, EQA Managing Director Hazlina Tajudin joined a local NGO as its Executive Secretary. Hazlina’s outlook and career focus changed from that point onwards from merely an educator to a charity worker who now sees humanity and opportunities to make a difference in people’s lives in all of her project’s undertakings.

Our interest in Yemen began in 2016 when a chanced conversation with a student from Yemen brought to light the devastating state the country was in. The subsequent research on Yemen shocked us as the conflict there has caused the worst humanitarian crisis the world has ever seen, yet the world community seems to have either missed Yemen’s desperate need for aid or ignored it.

Photos sent directly to us from reliable sources in Yemen left a searing imprint on our hearts and mind: thousands of orphaned children loved by no one and deprived of basic health care. Human beings whose constant companions were hopelessness and despair.

Aided by her teammates at the NGO, Hazlina undertook the management of the Yemen portfolio and expanded it to include water wells, solar panels for mosques and schools to more complex projects requiring on-going supervision such as microfinance for orphans and others.

In 2018 Hazlina left the NGO to fully focus on managing humanitarian-based projects via EQA. She now leads our organization whose core service is providing management services for local projects in Malaysia and Yemen. Today, EQA’s reliability in implementing wide-ranging and complex projects has earned EQA the trust of her workers, volunteers, and collaborators especially in war-torn and difficult to access Yemen where every source of information must be managed carefully and sensitively. To date, EQA has 4 divisions under its umbrella including Hope Spring which manages 9 on-going projects in Yemen exclusively.

In retrospect, that one conversation between Hazlina and her Yemeni student was the catalyst that had birthed Hope Spring in EQA, transformed EQA to what it is today, and continues to make a life-changing impact in a humble teacher’s life. Alhamdulillah. 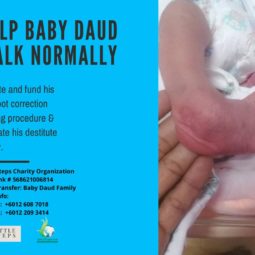 Baby Daud Bin Ahmed was born on 30th September 2020 in Kuala Lumpur with a congenital clubfoot. The initial casting procedures to correct his condition will cost approximately RM6000. 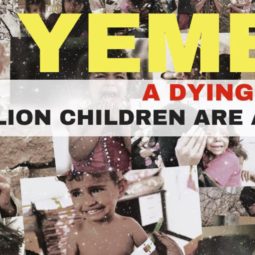 Without proper clothing for the winter, those left outside are likely to freeze to death. Sadly there have been cases where mothers holding their children wake up to painful realities. Please help these people and ease their suffering.